The Team Behind The Project 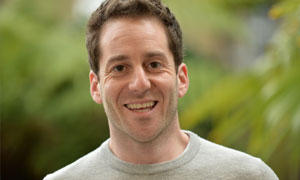 Tideway Films was set up by Joel Mishcon, founder of Chrome Productions. Born into extreme sports, the company became highly regarded for its adventure based, logistically challenging programming. Specialising in international, high-risk and endurance filmmaking, with a reputation for ‘achieving the impossible’, Joel continues to produce music videos and commercial work for major brands, PR companies and ad agencies. Having created Tideway Films to house Blood Over Water, he intends to extend Chrome’s unique style and energy into the world of feature film.

Robert has worked in the film industry for the last 25 years. As Executive Chairman of The Communications Agency he worked on marketing campaigns for Walt Disney Studios on titles across Miramax, Pixar, Disney and Touchstone.

He contributed to films as diverse as Life is Beautiful, Shine, Boy in the Striped Pyjamas, Toy Story, Pirates of the Caribbean and The Chronicles of Narnia.

He developed major product placement opportunities for Calendar Girls and Kinky Boots, which was when he first worked with Nick Barton.

Robert also worked with Universal Pictures and DreamWorks and had an office in LA working with the major Hollywood Studios.

He sold The Communications Agency in June 2014 and now invests in new ventures.

Robert has been with the project since its inception and is delighted to be Exec-Producing Blood Over Water. 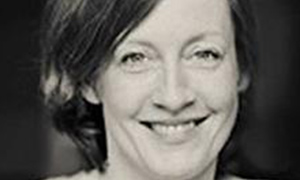 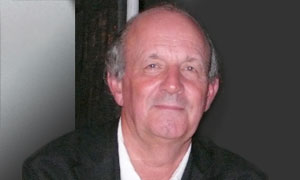 Harbour Pictures Productions headed by Nick Barton, and its associated companies, was originally set up to produce major television drama and documentaries including: Bye Bye Baby, Moving Story, Boswell & Johnson’s Tour of the Western Isles, The Seven Wonders of the World, The Vanishing Man and Lost Worlds. 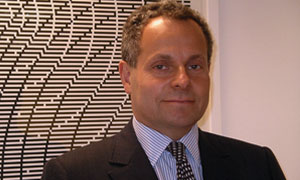 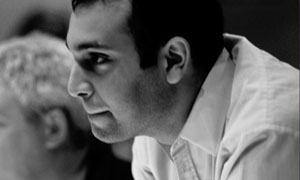 Ivor Novello nominated composer Ilan Eshkeri is best known for his scores to Stardust, The Young Victoria and Kick-Ass, as well as his collaborations with Annie Lennox and David Gilmour.

Ilan most recently completed the score to Ralph Fienne’s directorial debut Coriolanus, as well as composing for world famous classical pianist Lang Lang, a piece which has been released as a Christmas Special. In 2011 Ilan is scoring Rowan Atkinson’s Johnny English Reborn.

Early in his career Ilan composed the score to Matthew Vaughn’s Layer Cake which earned him a nomination for ‘Discovery of the Year’ at the World Soundtrack Awards. His epic score to Stardust ensured a further nomination as ‘Breakout Composer of the Year’, and also won him the International Film Music Critics Association award for ‘Best Original Score’. 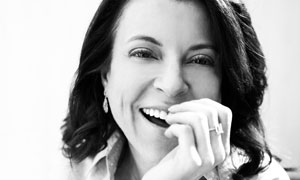 Lauren Selig is an entrepreneur and executive with a 16-year track record of global impact in the entertainment, real-estate and start-up communities. In 2012, Selig founded Shake and Bake Productions, which finances and produces high quality independent studio pictures.

In 2013, Selig co-produced Begin Again (formerly known as Can a Song Save Your Life), written and directed by John Carney and starring Keira Knightly, Mark Ruffalo and Hailee Seinfeld. Begin Again was acquired by The Weinstein Company during an all-night bidding war resulting in the single most lucrative deal of the 2014 Toronto International Film Festival. Selig’s other releases include the hammer horror film The Quiet Ones, which was quickly sold to Lionsgate for release in April 2014; The Liam Neeson-starrer A Walk Among the Tombstones, directed by Scott Frank, and the romantic comedy Two Night Stand starring Miles Teller, which was sold to Entertainment One. Selig also Executive Produced Warner Bros.’ crime drama Black Mass to be directed by Scott Cooper and starring Johnny Depp and Joel Edgerton, which is set to shoot later this year. Sundance 2015 movies include James Franco’s I Am Michael, the documentary Finders Keepers and the upcoming James Franco, Seth Rogan and Will Ferrell movie Zeroville.

Formerly, Selig was the president of business development and strategy at IndieFlix, one of the largest collections of independent films online. Selig served in the role of director of development at her private family office, managing the asset allocation and portfolio management of family investments in startups as well as organizing family philanthropy. In this role she was also responsible for the development and management of over 6 million square feet of office space and land, and investment into dozens of start-up companies.

Selig was the youngest employee at Microsoft’s Platforms Business Development group, handling analysis and acquisition of external companies. She practiced international licensing for music company PlayNetworks, wrote for Variety and was a story editor at Dreamworks for producer Mark Johnson.

Selig holds a B.S. in international relations from the Georgetown School of Foreign Service and London School of Economics, as well as a JD-MBA in technology management from Northwestern and University of Washington. Selig is a writer, a mom of two daughters, and is active in the Los Angeles and Seattle communities serving on the boards of the Institute for Learning and Brain Sciences, The Seattle Theatre Group, the Sotheby’s Young Art committee and Musicians On Call. 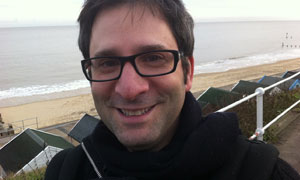 Michael went on to direct the critically acclaimed four-part mini-series The Fear starring Peter Mullan, again for Channel 4. Described by The Observer as “Seriously exciting, hard as nails yet curiously touching…. Bloody brilliance,” it won BAFTAs in 2013 for Best Photography, Best Editing, and a Scottish BAFTA for Peter Mullan for Best Actor/Actress. It was also winner of the British Society of Cinematographers Best Photography award; the Royal Television Society award for Best Photography, and received BAFTA nominations for Best Supporting Actress (Anastasia Hille) and Best Supporting Actor (Harry Lloyd).

Michael’s other work includes, Mrs Mandela, a film he wrote as well as directed for BBC Four and Two. Staring Sophie Okonedo, David Harewood and David Morrissey, the Independent called it “Sensationally good, Mrs Mandela was a tour de force of fine writing, stylish directing and superb acting.” It was nominated for a Best Actress BAFTA.

In 2008 Michael directed ITV’s Boxing Day feature-length drama Caught In A Trap, and in that same year, The Curse Of Steptoe with Jason Isaacs and Phil Davis that delivered BBC Four its highest ever audience. Described by The Times as “Michael Samuels’s brilliant drama, possibly one of the best dramas this year”, it won the Royal Television Society award for Best Single Drama as well as Best Production Design, and picked up a BAFTA nomination for Best Actor.

Other work includes Our Hidden Lives, a feature-length film for BBC Four based on the best-selling book, with Lesley Sharp, Richard Briers, Sarah Parish, Ian McDiarmid and Michael Fassbender. The Daily Telegraph called it “a beautifully observed adaptation”, and The Independent, “eye opening and evocative”. The Slavery Business for BBC Two with Robert Pugh and Jack Shepherd – Time Out: “History brilliantly brought back to life”. And The Falklands Play staring Patricia Hodge and James Fox for BBC Two and Four, described by The Guardian as “a thrilling piece of drama which challenges prejudices and preconception.” 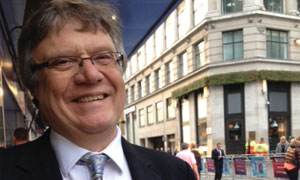 Keith Thompson is an award winning screenwriter, script editor and teacher. His feature film CLUBLAND starring Brenda Blethyn screened at Sundance in 2007, where it was picked up for U.S. and international distribution by Warners Independent (as INTRODUCING THE DWIGHTS).

His adaptation of THE SAPPHIRES, with co-writer Tony Briggs, was an Official Selection at Cannes in 2012 and in its home market was the highest grossing Australian movie of 2012. THE SAPPHIRES was acquired for world-wide distribution by the Weinstein Company.

Keith has been a script editor on over 25 produced feature films and has been Head of Writing at the Australian Film Television and Radio School.